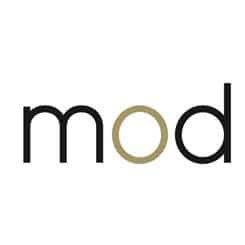 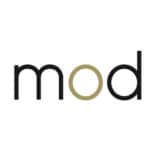 MoD is working with an industry leader in the gaming and entertainment field. We are assisting them in finding an experienced Games and Apps Producer to join an exciting, hardworking, and dedicated team. This role will have you work on a number of exciting projects while acting as the primary manager between developers and content partners.
A day in this role will consist of:
– Owning end to end production of development projects and partners
– Working on diverse projects which would include both Apps and Console games
– Gathering and providing design and development feedback to the developer team
– Working alongside licensors and developers on third party IP integration
– Dealing with multiple projects and deadlines
The ideal candidate for this role will have at least 5+ years of similar experience. In addition, experience in children’s entertainment will be a big asset due to some projects you will be working on. Must also have a proven track record and have published applications via app store.
This is a great contract opportunity with a chance of the role being extended and possibly converting to full-time permanent. This role will eventually become a hybrid role and require you to be on-site a couple days a week but offers extreme flexibility.
If interested, please send your resume directly to mark.brosas@marketersondemand.com for immediate review.

Share in your network by selecting one of the social media buttons below!

By Marketers on Demand

What Would You Give Up Working From Home?

Nothing can beat waking up five minutes before it’s time to clock in only to turn on the coffee maker and sit on the couch in full comfort mode, pajamas and all. Companies are attempting to return to the office, but the likelihood of people willingly returning is low. Despite the pushback at the beginning […]

This website uses cookies to improve your experience while you navigate through the website. Out of these cookies, the cookies that are categorized as necessary are stored on your browser as they are essential for the working of basic functionalities of the website. We also use third-party cookies that help us analyze and understand how you use this website. These cookies will be stored in your browser only with your consent. You also have the option to opt-out of these cookies. But opting out of some of these cookies may have an effect on your browsing experience.
Necessary Always Enabled
Necessary cookies are absolutely essential for the website to function properly. This category only includes cookies that ensures basic functionalities and security features of the website. These cookies do not store any personal information.
Non-necessary
Any cookies that may not be particularly necessary for the website to function and is used specifically to collect user personal data via analytics, ads, other embedded contents are termed as non-necessary cookies. It is mandatory to procure user consent prior to running these cookies on your website.
SAVE & ACCEPT